Alexander Grove signed deeply, and put away his crossword puzzle, wondering again why he’d agreed to run for office, or why anyone in their right mind had voted for him.

He’d been a compromise choice, his nomination a desperate maneuver at the Republican Convention after the leading candidate, a sensitive man whose feelings were hurt by all the attack ads, had abruptly quit the race in June to become a professional mime.

Grove, an obscure senator from North Dakota who’d spent most of his “work” days at the Capitol playing video games at his desk, was picked because he had never offended anyone, seemed like a decent person, and had never taken a controversial stand…on anything.

Still, he was a long shot and trailed far behind the Democratic nominee.

But then in October, three weeks before the general election, Grove’s opponent suddenly had a profound realization that her true place was at her husband’s side. To great shock and consternation she abandoned the race and they moved to a modest home in Maine to enjoy their retirement and each other’s company. She bakes cookies for the local children and he leads Bible study groups at the community church.

With all significant opposition out of the picture, Grove was elected in a landslide.

The voters are happy with Grove. Since he’s taken office he’s kept the government on an even keel and has nudged Congress toward taking responsible, middle-of-the-road positions on a variety of important issues.

He ignores the lobbyists, gently prods the bureaucrats into coordinated action, and has overcome the divisiveness and extremism that split the country into warring camps.

Grove dislikes the pomp and empty ceremonies of high office, and thinks that most of the time most of the people can solve their own problems if left alone.

As for Grove, he’s busy trying to come up with a five-letter word for a lyre-playing muse. 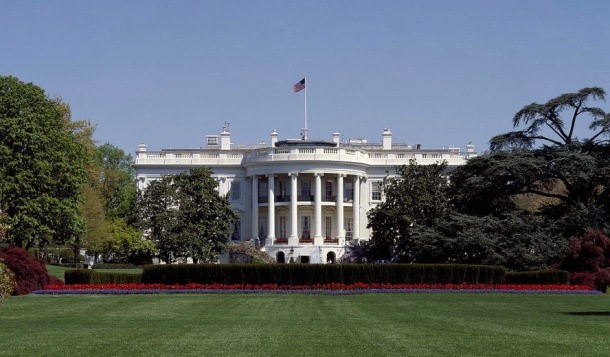